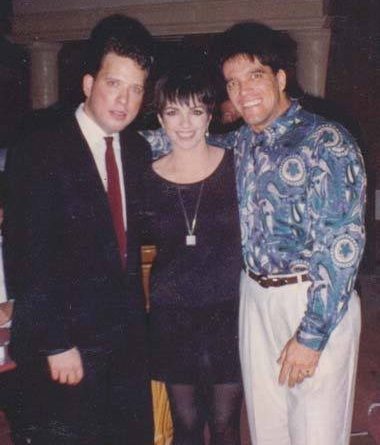 Sergio Luiz Pereira was born on July 15, 1960, at Alem Paraiba, Professionally known as Sergio Kato, is a Brazilian-American actor. He has a nickname as Serginho. Kato was married to Jacqueline Pereira in 2012; together they have a daughter.

He decided to go to his own country, investing in a small hotel called Piero Al Mare. As a young boy, he played several sports inspired by his brother Mazaropi, former footballer/Goalkeeper.

Sergio Kato made his Broadway debut as a dancer in a musical on  (August 17, 1980) Stage play:West Side Story  Broadway Show Winter Garden Theatre  – Director Ailing Gower Choreography by Randy.

He enrolls himself in an acting school “O Tablado,” in Rio de Janeiro-Brazil, and got notoriety in “Rio de Janeiro” when he performed as a dancer and comedian at the Scala Rio music venue.

After learning English at California High School, He studied at the California University in Los Angeles.

He got a Diploma from the UCLA School of Theater, Film, and Television.

Kato’s primary movie came in 1984 that was Bete Balanco, in which he played a dancer. He abandoned his career as a ballet dancer, and in 1988, started working in the film industry.

Kato was hired by Globo Television to be part of the cast in “Viva Gordo” with famous Jo Soares, and it was successful. Launched his performance career in Brazil. Dramatic- comedy.

Kato Christian upbringing, and he is serious about his relationship with Jesus Christ and always wanted to draw the attention of the believers.

Kato is a massive fan of William Shakespeare also is a Nickelodeon fanatic.

Studied at the University of California in Los Angeles, Where he received a Diploma from the UCLA School of Theater, Film and Television. In similar fashion, the movie industry changes rapidly, Future project(s) in the US.

Kato was invited by his best friend Tracey Birdsall to be on a short-film, to played as a bartender.
Movie Tittle “I Might Even Love You.”

In 1993, just leaving back to California from Japan, he read a script for “Only the Strong”: that was an action movie, director Sheldon Lettich.

In 1997, he played a cameo role on the  Brazilian Globo’s Tv soap opera.

Kato sign a contract with a modeling agency in New York, he’s ending with his modeling career.

Kato signed a contract with Sid Levin, his former talent agent in California. Today Sergio Kato, is available to work with motivated professionals all over the world.

Throwback90s model-actor Sergio Kato in Miami Beach appreciating his dear friend Irene Marie. How can anyone forget for what Marie done to so many talents? Marie is the founder and owner of Irene Marie Management Group.

We love Irene Marie, for who she is, and she still is an icon in South Beach.

Kato has achieved a lot through her agency.

The high fashion model in Paris is unforgettable.

“Miami Beach” the beginning of all time.

Did you know, all the world’s a stage, and all the men, women and kids merely was players”